Tomorrow is the first day of Advent, and so the real run-up to Christmas begins. Around this time I usually begin making the Christmas food: baking and feeding the cake and jarring the mincemeat ready for a little nearer the time. Unfortunately, I haven’t done this for a couple of years; living in America and then going to the UK for Christmas means I am not around to make the stuff. So this year, I thought I would give you some of the traditional recipes tried-and-tested by Yours Truely. 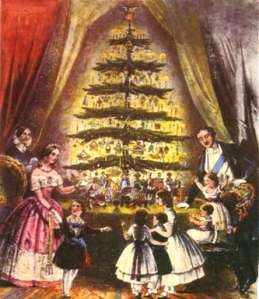 Christmas really is the time where people like to go really traditional – even those that don’t like turkey seem to feel it necessary for the big day. If you don’t like them, don’t have them – there are others to choose from. Turkeys have regularly been eaten in Britain on the big day since the sixteenth century, they only became really popular in the Victorian era; before that, the goose was the popular choice. This changes from region to region however, for example in the North of England, beef was  most popular. Our family usually has beef as well as turkey even now.

I’m here for the food of course, and I’ll save the history of the Christmas fayre for their separate posts. However, for any non-Brits out there I’ll go through the basics:

The Meat: sorry vegetarians, but Christmas dinner is all about the meat. A nut roast or a tofurkey will simply not do. To be traditionally British you can go for a surprising selection of species: turkey, goose, ham, beef, pheasant, even peacock and wild boar if you go as far back as Medieval times. Along with the main roast, you need to have stuffing and pigs in blankets. Do not forget the gravy.

The Veg: the ultimate Christmas vegetable is the brussels sprout whether you love ’em or hate ’em. I love them – especially when tossed in bacon and prunes. Other attendees should always be mashed potatoes as well as roast potatoes. In fact plenty of roast vegetables: in my opinion there has to be roast parsnip and sweet potato (which was much more than regular spuds for quite a while), but celeriac and beetroot are also good. Also you need some typical boiled vegetables: carrots, or swede and carrot mash, cabbage or kale. One big error I think people make is that they think every item has to be extra-rich; I remember seeing glazed carrots with vanilla one time. With all the rich meat and roasted veg, you need some good old basic boiled vegetables.

The Sauces: this all depends on the meat you are cooking, redcurrant or cranberry jelly and bread sauce with goose, turkey or game, horseradish with beef, &c.

Afters: for some people the most important bit – the more pudding the better. The obvious one is the Christmas pudding, also known as plum pudding or figgy pudding. I love it, but many people don’t and I can understand why: pure dried fruit and stodge. I have never found a good recipe for one though. Along with the pudding, you also need to add the brandy butter and custard. Just as important is the trifle, it can be boozy or it can e fruity, either way can be excellent as long as it is done well. The third necessary dessert is the Yule-log; a very long history has this one.

The Extras: naturally one doesn’t want to spend a single minute not eating for the entire Christmas period so there are many additional extras, and they are not optional, no siree. The Christmas cake, well-fed with brandy, mince pies -made with a good mincemeat – and a good pâté with a selection of good cheeses. Raised pies are very popular from the simple like a Melton Mowbray pork pie to the unbelievably crazy Yorkshire Christmas Pie, that contained at least eight game species. Plus, people will be thirsty, so don’t forget the mulled wine, cider or ale. Don’t forget some simple roasted chesnuts to eat before the fire. I could go on with the optional extras, but I will not.

Of course not everyone cooks everything from scratch on the day, I certainly don’t. However, it is best to make as many things as possible because they will be much better than the equivalent bought at the supermarket. I have never looked back after making Mrs Beeton’s mincemeat and Jane Grigson’s Christmas cake. The only way you are going to get top-quality foods like these without making them yourself is if you go to the high-end of the market and that can set you back some.

For me, the absolute must-makes are: mince pies, Christmas cake, stuffing and trifle. Oh, and the meat of course!

8 responses to “Christmas is coming…”